Please enter your email below

Fill in your information in the form
Below to create your access
This information is processed by Sacem (data controller) based on your consent in order to be able to create your account to access the media library and to enable Sacem to ensure that you are a journalist. It is intended for Sacem and for Epressepack and is kept for as long as you are registered in the media library and for 5 years after you unsubscribe. You have a right of access, withdrawal of your consent, correction, deletion, limitation, opposition and portability that you can exercise on the form put online in the Sacem's privacy policy.
Identification
Studies
Annual Reports
To go further
Photos
Videos
Generic visuals
Logos 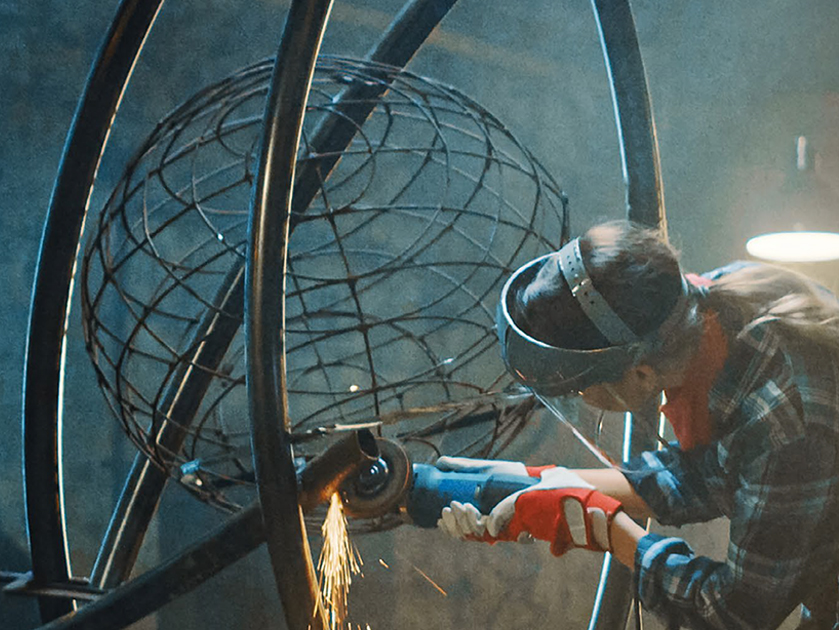 EY Study : Rebuilding, Europe, The cultural and creative economy before and after the COVID-19 crisis

Jan 25, 2021
January 26, 2021 — Press releases, Studies
Study finds that cultural and creative industries (CCIs) before COVID:
But were some of the worst affected by the pandemic.

CCIs are much more than “just another sector to get out of the crisis”: they are a significant part of Europe’ solution for this crisis, at a time when we need political unity, a powerful economic stimulus, and social regeneration.
A new EY study unveils the vast contribution cultural and creative industries (CCIs) make to the EU economy and outlines the role they should play in Europe’s recovery.

The study, called “Rebuilding Europe: The cultural and creative economy before and after COVID-19”, captures the figures behind Europe’s thriving CCIs before the pandemic, and the staggering effects of venue closures and social distancing measures.

In 2019, the CCIs represented 4.4% of EU GDP, with an annual turnover of €643billion and a total added value of €253 billion. CCIs were also one of Europe’s leading jobs providers, employing more than 7.6 million people, more than eight times the telecommunications industry.

CCIs were growing faster (2.6%) than the EU average (2%) and represented a trade surplus of €8.6billion – underlining the EU’s status as a cultural powerhouse in the world economy. The creative economy also came out favourably in terms of technological innovation, gender diversity and employment of young people.

When COVID-19 took hold, the study finds that CCIs were worse hit than the tourism industry and only marginally less impacted than the air transport industry. CCIs as a whole experienced losses of over 30% for 2020, a figure that belies the more than 75% losses experienced in the music industry and 90% in the performing arts sector. Some sectors, such as gaming, showed signs of resilience and even growth.

Considering CCIs’ key contribution to the overall economy, EY concludes that the creative sector should be central to Europe’s recovery efforts and recommends a three-pronged approach: ‘finance, empower, leverage’. They recommend massive public financing and the promotion of private investment, a solid legal framework to create the conditions needed to revitalise the creative economy and safeguard its long-term growth, and leveraging the soft power of CCIs and individual creative talent to drive societal progress.

A UNIFIED SECTOR DESCENDS ON BRUSSELS
Unprecedented times called for unprecedented measures. Never before has Europe’s creative economy experienced such economic devastation, the effects of which will be felt for the next decade. The release of this study has inspired a unified march on Brussels, at the initiative of GESAC, in which representatives from across the CCI spectrum, led by electronic music pioneer Jean-Michel Jarre, will meet high-level decision-makers, including Vice Presidents Dombrovskis, Schinas, Šuica and Commissioners Breton, Schmit and Gentiloni.

Jean-Michel Jarre, electronic music pioneer says :“Culture has become a scarce resource in today’s Europe, and we are all suffering because of it. At the same time, Europeans are experiencing the truly profound value of art and its ability to bring us together. This study reflects that reality, it puts numbers to the suffering and offers clear instructions as to the solution. ”

Jean-Noël Tronc, President of GESAC and CEO of SACEM says: “The CCIs are as dynamic as they are vulnerable, as essential as they are diverse, and fortunately, it’s not too late to take action. In addition to massive funding, what’s needed is a solid legal framework guaranteeing fair remuneration for creators and their business partners and, in this regard, the swift and effective implementation of the Copyright Directive is key. European leaders also need to prepare for the future, by using the CCIs - and the multiplied power of their millions of individual talents - as a major accelerator of social, societal and environmental progress in Europe.”

Marc Lhermitte, Partner EY says: “This study provides the most up to date data on the massive economic impact of the COVID-19 crisis on cultural and creative industries in Europe. 2020 was a dramatic year for the cultural and creative industries (CCIs), both in Europe and around the world. Culture was the first to suspend most of its live and retail activity – and it will probably be the last to resume without constraint. But the study also asserts that this sector, an economic heavyweight, which is at the heart of Europe’s social fabric, could become the number one ally of an economic revival. It showcases the power of culture, its dynamism and its contribution to the EU’s global influence”.

MORE ON THE STUDY


The full study and the execuive summary here

Music accompanies us throughout our lives and Sacem has been supporting those who create it for 169 years. 170,000 authors, composers and publishers trust Sacem to manage their authors' rights.
As a voice for creators and a trusted partner for music broadcasters, Sacem strives to promote all genres of music.
Sacem is a non-profit organisation that contributes to the vibrancy and influence of creative work across the world, with day-today support for cultural and artistic projects.
Together, let's make music happen!

GESAC groups 32 of the largest authors’ societies in the European Union, Iceland, Norway and Switzerland. They defend and promote the rights of more than 1 million creators and rights holders in the areas of music, audiovisual works, visual arts, and literary and dramatic works.

To receive our invitations to Sacem events